The Working Principle Of Image Intensifier

The working principle of image intensifier

The principle of X-ray image intensifier is achieved by using the principle of Physical Electronics and optics.
In a simple way, X ray penetrates the image formed after the object to be illuminated to the receiver of the intensifier.

Thereby stimulating the receiving end of the intensifier to produce a faint light visible image.

The light generated by this image is also excited by the photocathode to produce escape electrons. The generated electrons are accelerated to the image output end of the intensifier under the action of the high voltage electric field.

Under the dual action of electronic and accelerating convergence, the screen of the image output terminal of the intensifier is excited to generate perceptible images with enough brightness.

The brightness of the image generated by the output screen is enough to make the automated camera photosensitive, so as to realize the conversion of the X optical signal to the visible signal to the electrical signal.

An electronic image converted to a light signal can be processed and transmitted to a remote place by a video camera to be watched by a monitor, and the isolation of man and machine is realized so that the operator is far away from the radiation.

At the same time, because of the principle of acceleration excitation of the intensifier, the image brightness can be further enhanced, so that the radiation dose of the client is reduced greatly, and the radiation damage is reduced. 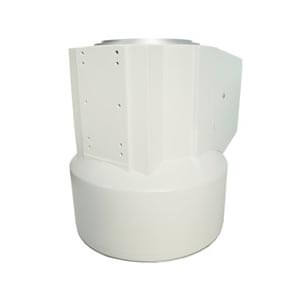 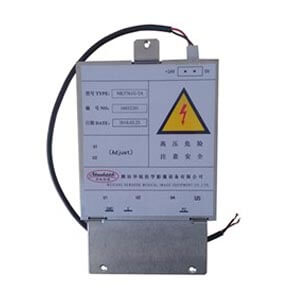