The x ray digitizer is a vacuum imaging device consisting of an input screen, a photocathode module, an electronic optical focusing system and a fluorescent screen. X-ray images are transformed into visible light images through the input screen, then into electronic images through the photocathode, then imaged by the electronic optical system and accelerated to the output fluorescent screen, and finally transformed into visible images, picked up by the CCD camera and observed on the monitor.
x ray digitizer working process:
1. through the X-ray of the human body, it is projected onto the input screen to form a photon image (visible light and shadow).
2. Photoelectrons (photoelectric effect) are produced at different points of the photocathode close to the inside of the fluorescent screen according to the intensity of fluorescence to form an electronic image.
3. The photoelectron beam is attracted by the anode positron, telling it to fly to the anode. Under the action of the focusing electrode, a reduced electronic image (inverted image) is formed in front of the output screen. But its brightness is about 1000~10000 times higher than that of the input screen.

Previous: Brightness gain determinants of x-ray lensNext: What is the vision of the triple-field image intensifier? 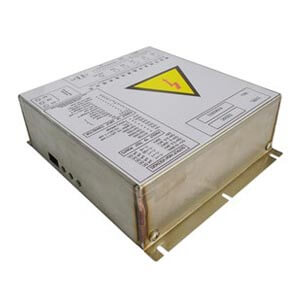